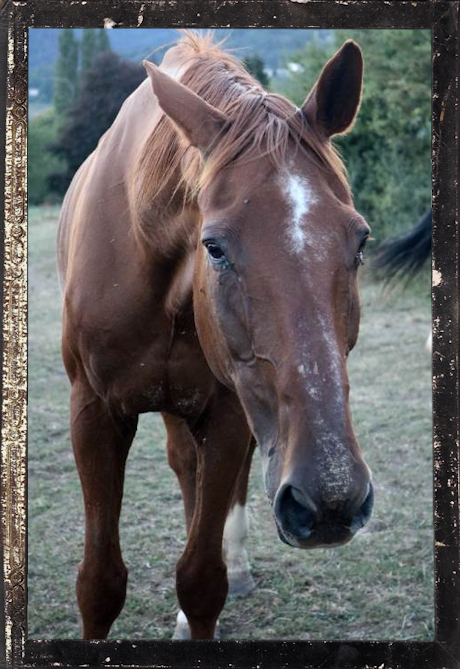 Champion was bought to us by a dealer. He was already 15 years old, and we were told he had been a super eventing horse in the region of Dijon. His age and many years of competing meant he couldn’t continue at such a level, so he was replaced by a younger horse. Although he could be quite bouncy and could be a handful when ridden out in a field, he was a lovely, well-trained horse to ride, with an absolutely perfect gentleman character. He was offered for sale, but due to his age and his somewhat tired articulations, an owner couldn’t be found for him. Having him at home for a trial time, and not being sure of his future elsewhere, we bought him for the riding school and never regretted it. His Belle Ferme riders have taken great care of him. I think we can say Anna White was one of his favourites, from whom he still gets the occasional visit when possible!

What's special?
Champion is a perfect golden character, whether in the stable, the field, ridden or on foot. He would give everything he could and more with such willingness. He deserved and enjoys going back to being a horse in a field with his friends.