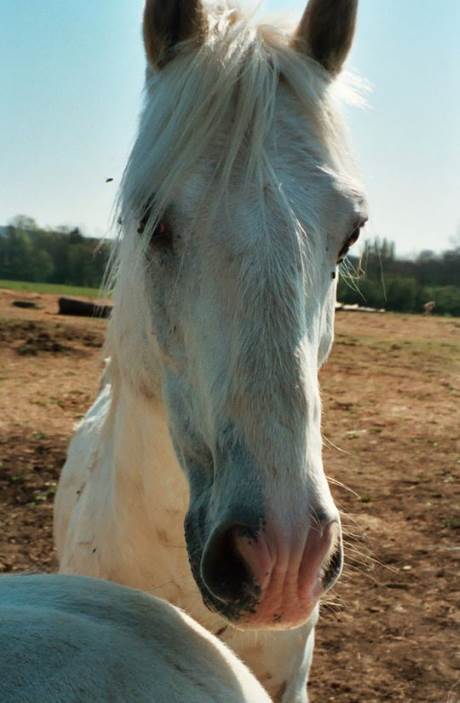 Like Champion, Ceraki came to Belle Ferme via the same dealer. We were looking for a pony for a client, and he came along. He had pretty much everything we were looking for, but when passing the vet check, it was discovered that his lungs were not in a good state. His breathing got difficult if he made too much effort, and it was clear that his career could not be that of a sports or competition pony. Concerned at what might become of him if he went back to the dealer, we negotiated the price and decided to keep him as a riding school pony. He worked for us many years as a safe, gentle, kind pony. He was not very energetic, and we could not ask too much of him, but he did his job well.

What's special?
Due to his lung problems, Ceraki retired earlier than most ponies do, but we have always felt that our decision to keep him gave him the chance to live a good life. Being out in the pasture has been the best thing for him.