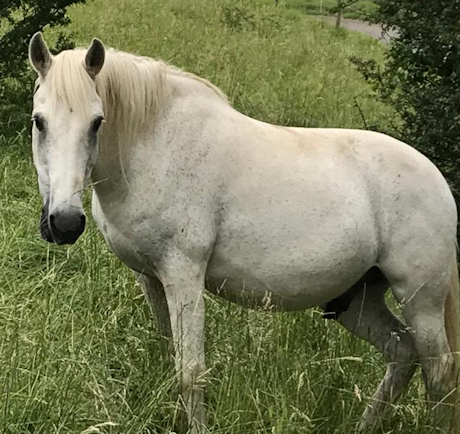 Fuego came to us when he was just a year old. He belonged to an elderly man who liked him very much, but was having a hard time handling a young playful stallion. We thought he was a great pony, but Fuego didn’t stop growing, and even after the age of 5-6 years old, he still grew to become a fine big horse. He had quality as a dressage horse, but did a bit of everything. He was sold to the Watthey family (very much Belle Ferme family), and competed successfully. Later, as they moved away, Fuego was bought back and joined again our riding school horses, until his retirement.

What's special?
Fuego was in general calm and quiet, but could be known to have bursts of powerful energy, especially when out in the fields or on a cross county course!