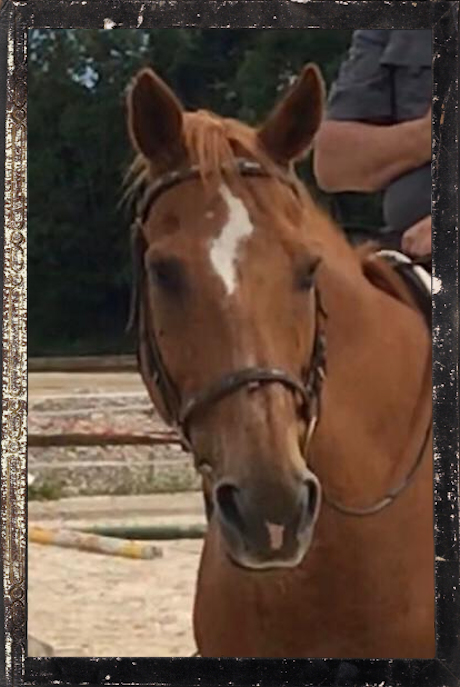 Joker was for many years a privately owned horse in a near by stable. He was mainly a horse who did dressage and went out on rides with his first owner. As a riding school horse he was a dream to learn on, and was extremely well trained and obedient. He however was considered by many as quite a grumpy horse, as he wasn’t, in general, at all the kind cuddly sort in his stable. We chose to reitre him after he had a couple of small colics, which showed signes of discomfort as he was getting older. We suspected stomach ulcers and decided that an outdoor life with not so much hard food but more hay and grass would be better for him. He went out to the field with the other horses, who he got along well with. He unfortunately, several months later, had another colic which was fatal to him. He left however with the help of our vet and surrounded by his people who cared for him.

What's special?
He was quite an expert at putting his ears back and scaring people away when they came near him with his tack. For those who new him well, he quickly stopped his grumpy faces and was fine! It would quite often justifiably put beginners off wanting to ride him and it often took the teachers a bit of convincing that once you were on his back he was the kindest of horses! He also won many local dressage competitions.