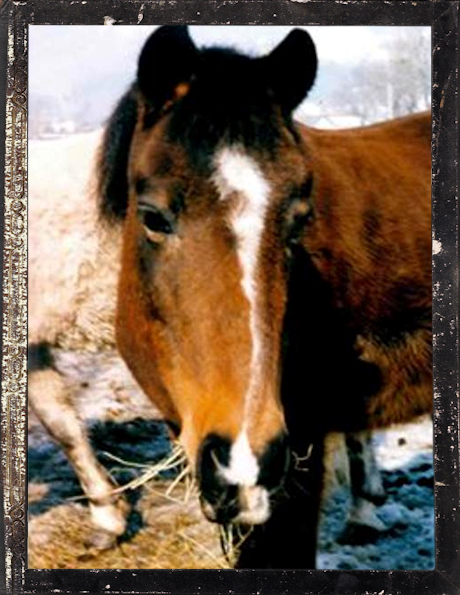 Jamaique as we call her was bought from someone quite special to us, a groom in the stables where Angela learned to ride, and who taught Angela a lot of what she knows. He bought Jamaique for his daughter who grew out of her. Jamaique was 6 years old when she came to us. She has been an exceptional riding school pony, and has competed in every discipline: jumping, dressage, eventing, and pony games included. I can’t begin to imagine how many people have learned to ride on her!

What's special?
Jamaique has competed as one of the best ponies on the pony games team for many years at the French Championships. Having done so many disciplines, she occasionally got them mixed up, and has been known to jump out of the dressage arena if not told to turn the corner at the end!