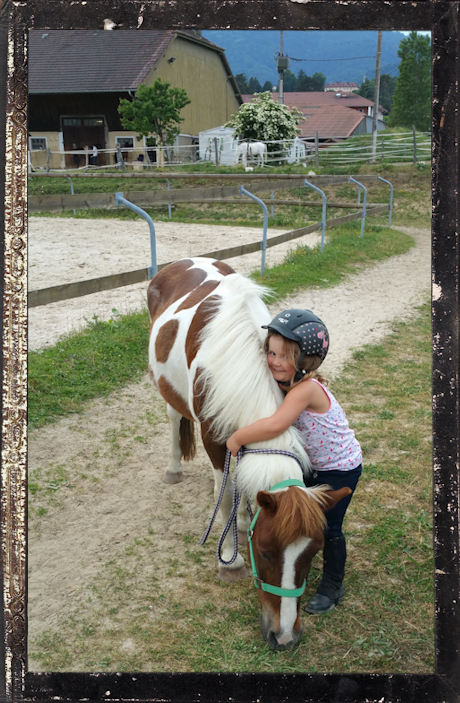 Hercule came to Belle Ferme with Chloe and Choco, sold to us by a local horse dealer. He was most probably underfed when young, judging by the very large size of his head compared to the rest of his body. He never became much of a star at anything, but for many years did his job as a good little riding school pony for young children to learn on.

What's special?
Hercule did obviously have something special, because he became, in his last years of work, the absolute favourite of one of his little riders, Heloise. When given the opportunity of having a pony on demi-pension, Heloise insisted on choosing Hercule – much to the dismay of her teacher, as many easier ponies were available! Which just shows everyone is special to someone! He was of course also special to us at Belle Ferme!